Prashant Trivedi is one of the world's foremost authorities on Jyotish. His full name "Prashant" has been shortened to "Prash" just for his Jyotish works. "Prash" being an anagram of "Parashar". His ancestral background includes notable Sanskrit scholars, writers, astrologers and Ayurvedic practitioners. From a very young age he was surrounded by ancient vedic mythology & cosmology.

He pursued his higher education at the prestigious Indian Institute of Technology, New Delhi. After completing his degree, he received an invitation to undertake a spiritual pilgrimage to meet the Elders of the Hopi native American Indian tribe of Arizona.

He returned to India and in 2000 wrote his first book on Vedic Astrology ~ "The Key of Life - Astrology of the Lunar Nodes" . This work has been recognised by experts all over the world as being the most informative work on the lunar nodes (Rahu & Ketu) till date.

In November 2000 in New York he formed the Orion School & Foundation For Astrology .

In March 2001 he appeared on London's BBC Radio and the Breakfast Show on Channel Five to discuss the benefits of Vedic Astrology and highlight the argument against the popular Sun-Sign astrology.

His second book "Sun - The Cosmic Powerhouse" was published in 2002 and coincided with his appearance on "The Laura Lee Show", California.

Prash's next offering was a comprehensive illustrated work on the 27 Nakshatras (Lunar Mansions). It has been released under the title "The 27 Celestial portals" in the west and "The Book of Nakshatras" in India. This book is the bible of Nakshatras and whole face of Vedic Astrology changed after this book. So many people became astrologers just after reading this book and it remains the most comprehensive treatise on Nakshatras till date.

This forum is started to spread the real knowledge about Vedic astrology & clear all misconceptions, queries, the astrologers had from thousands of years. The aim of this forum is to spread real light by spreading more awareness about Vedic lifestyle, multiversal laws, principles & how those affect us in our day to day life. 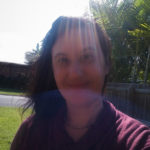 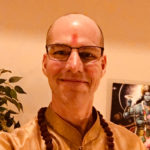 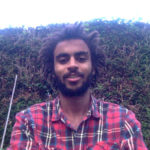 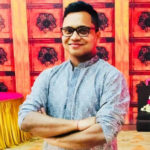